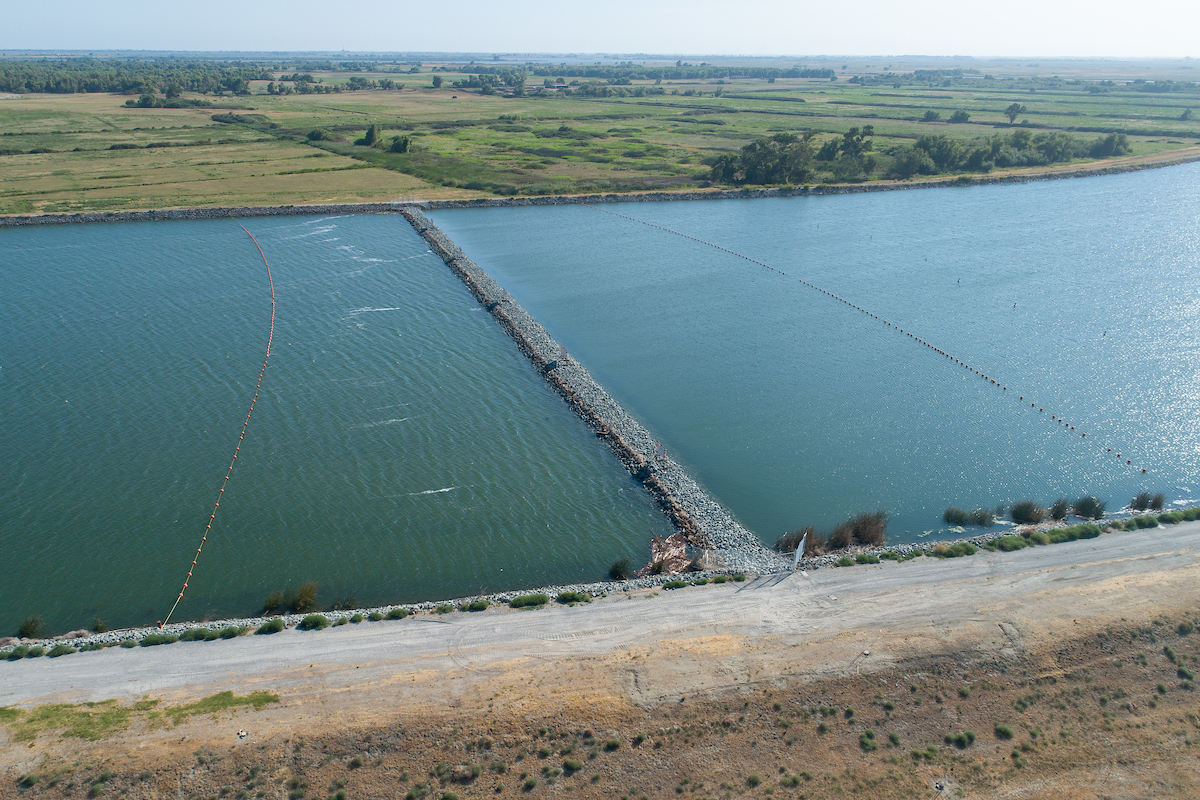 After three weeks of round-the-clock work, the emergency drought salinity barrier (EDSB) was completed in late June. The barrier will help prevent saltwater contamination of water supplies used by millions of Californians who rely on Delta-based federal and state water projects for at least some of their water supplies.

“Keeping saltwater from intruding into the central Delta is essential as a large portion of the state’s fresh water for urban and agricultural use goes through this part of the Delta,” said Ted Craddock, Deputy Director for the State Water Project.The emergency barrier will also help conserve critical water supplies in upstream reservoirs for later use by avoiding the need to send large volumes of water into the Delta to repel salinity this summer.

Flexibility of operations benefits agricultural, municipal, industrial, and commercial users by safeguarding supplies of clean water, as well as improving the management of natural habitat. The location of the barrier optimizes salinity management using a single barrier installation, and in 2015 was proven to be effective in the Delta channel system.

The emergency barrier was installed near the mouth of the West False River in the Sacramento-San Joaquin Delta. The 800-foot-long, 30-foot-deep, barrier consists of 112,000 tons of riprap rock ferried by a fleet of barges from DWR’s emergency stockpile in Stockton.

The drought barrier is one of two related drought actions necessary to preserve interior Delta water quality with the release of less fresh water from upstream reservoirs. DWR also filed a Temporary Urgency Change Petition with the State Water Resources Control Board. On June 1, 2021, the State Board issued a Temporary Urgency Change Order allowing the requested changes through August 15, 2021.

Barrier removal, is planned to begin sometime before October 1, with the barrier fully removed from the channel no later than November 30, 2021

DWR and the US Bureau of Reclamation are working on a long-term plan for future installations at this West False River location as early as 2022.

A California Environmental Quality Act document for two additional installations of the barrier during the 2022 to 2031 time period is scheduled to be released for public review in late August. Comments on this document will be accepted during the comment period and considered in plan formulation for potential future installations.