A Dry Wrap-Up to the Wet Season 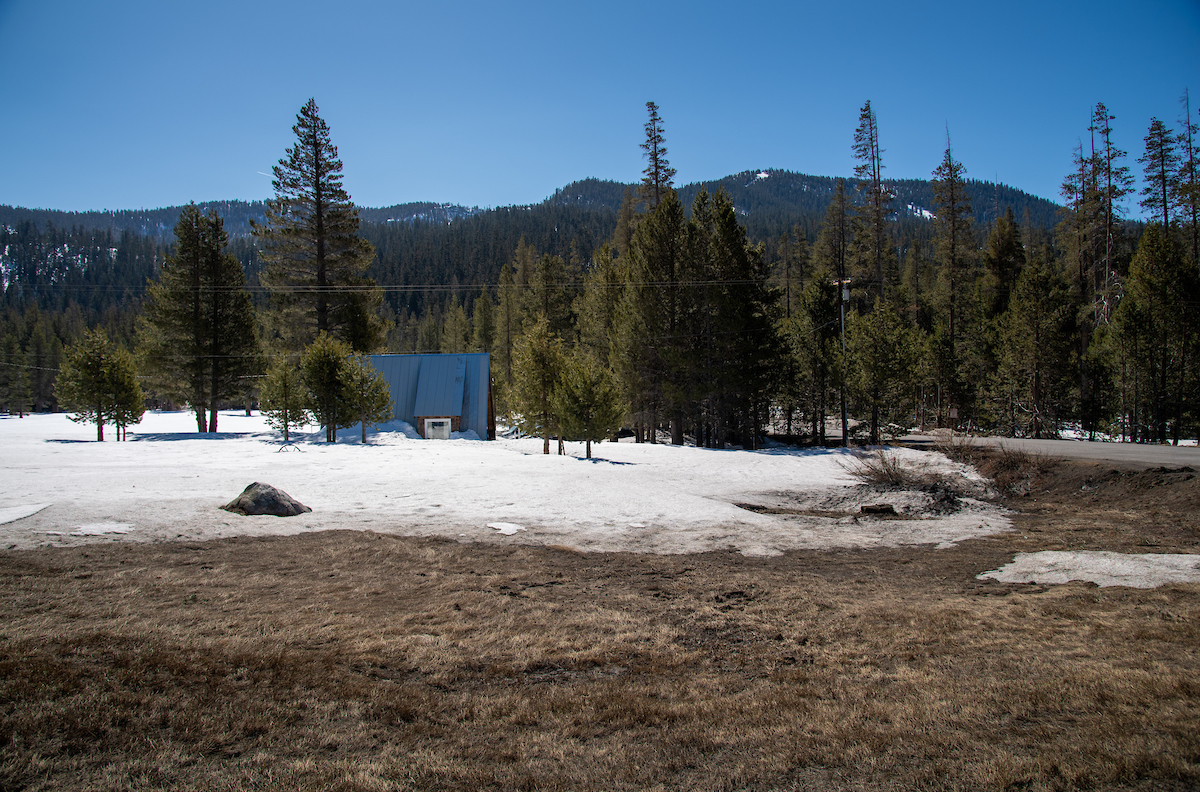 The first half of Water Year 2021 is over, and California’s wet season is almost finished. The first six months of the water year rank as the fourth driest of record based on statewide precipitation. Water Year 2020 was dry in the northern two-thirds of the state. The cumulative effects of these dry conditions are seen in these precipitation percentages of average for stations in the selected cities.

Natural flow in key Sierra Nevada watersheds this year has been tracking amounts experienced in the severe drought years of 2014 and 2015 (https://cdec.water.ca.gov/resapp/AccumulatedRunoff), although the April 1 snowpack of 59 percent of average surpassed that of the very dry and warm water years of 2014 and 2015, when record lows of 25 percent and five percent of average were set. Reflecting the low streamflows, storage in the largest northern California reservoirs is also well below average and allocations from the State Water Project and federal Central Valley Project are low.

Dry conditions are becoming increasingly familiar in California. The State’s hydrology has been markedly warmer and drier in the 21st century as compared to prior decades. This century has included two multi-year droughts (2007-09 and 2012-16) plus the dry water years of 2020 and 2021. Looked at another way, in the first two decades of this century, 13 of the water year types in the Sacramento and San Joaquin valleys have been below normal, dry, or critical. California is experiencing the expected transition to drier conditions with more erratic precipitation conditions predicted by climate models. 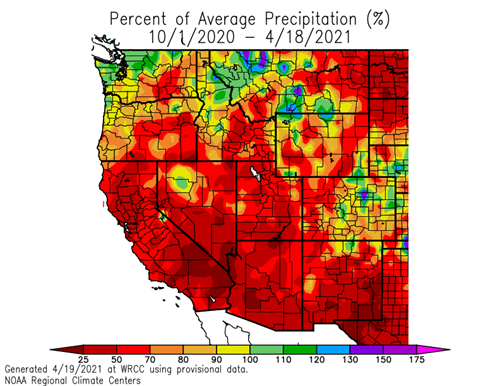 Going forward, it becomes increasingly important that we improve our ability to forecast dry conditions at longer lead times, to provide more time for implementing state and local agency response actions. A key recommendation in review of state actions during California’s 2012-2016 drought was that response to dry conditions should begin sooner. The longest lead times are achieved by seasonal precipitation forecasting, such as that shown in this successful experimental forecast prepared for DWR for the current water year by the National Oceanic and Atmospheric Administration’s Earth Systems Research Laboratory. Using new technologies such as aircraft or satellite-based observation of mountain snowpack can improve streamflow forecasts, providing better information on expected water supply conditions. 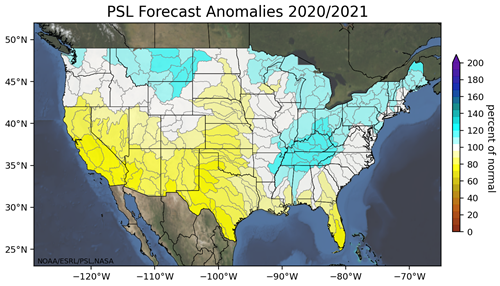